Today EUROIMMUN and Roche announced that they have entered into an option agreement under which Roche gains access to intellectual property in the field of Zika virus immunodiagnostics assigned to EUROIMMUN.

In January 2016, EUROIMMUN became the first company in the world to launch antibody tests that are capable of indicating both an acute Zika virus infection (usually from the fifth day after the onset of symptoms) and previous episodes of the illness. The EUROIMMUN Anti-Zika Virus ELISA is also the first commercial serological Zika test to receive CE (Europe) and ANVISA (Brazil) Mark registrations.

Infectious diseases represent a major cause of death worldwide. Every year, 1.45 million people die of viral hepatitis [1] and in 2014, 1.2 million died of AIDS-related causes [2]. After the 2014 Ebola outbreak, Zika is the latest virus to create significant public health concern.

There is growing body of evidence that links the Zika virus to birth defects in fetuses and newborns, and neurological complications in adults. Public health officials and experts in the field consider these associations valid based on a number of epidemiological studies, modelling, and use of predefined criteria. Concern among public health bodies is high since there are currently no effective interventions to control vector mosquitoes.

In order to prepare for the growing health emergency, EUROIMMUN launched the Anti-Zika Virus ELISA (IgM or IgG), a fully automated, highly specific test with reduced cross-reactivity to other flaviviruses.

The Anti-Zika Virus ELISA (IgM or IgG) is based on a highly specific, recombinant non-structural viral protein (NS1), which avoids the cross reactivity typically associated with serological tests based on whole virus antigens. Data from panels of well-characterised sera have confirmed that there is no cross reactivity with flaviviruses including dengue, West Nile, yellow fever, tick-borne encephalitis and Japanese encephalitis viruses [3]. In studies on clinically and serologically characterised samples the IgM and IgG ELISAs showed nearly 100% specificity [3]. Furthermore, the combination of IgM and IgG ELISAs provides highest sensitivity of 97% [3].

Serological testing provides a much longer window for diagnosis compared to direct detection methods. This type of testing helps assess a recent infection even when ribonucleic acid (RNA) is no longer detectable – if, for example, the infection is resolved or has moved into the chronic phase. It is therefore critical that any serology assay be extremely specific to Zika to reduce cross-reaction with these other viruses, thus avoiding a potential false positive that could lead to erroneous interpretation of a patient’s immune status. 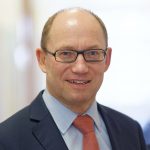 “Until now it has been virtually impossible to distinguish a Zika virus infection by antibody testing from infections with other flaviviruses like dengue or West Nile virus,” said Dr. Wolfgang Schlumberger, Vice Chairman of the EUROIMMUN’s Board. “Our test may be used by travellers to areas with Zika virus outbreaks to assess any health risks and to take appropriate precautions upon return, and cooperating with Roche will help us make it available to the broadest possible spectrum of patients.”

About the Zika virus

The Zika virus was first identified in Uganda in 1947. Since the start of 2015, the Zika virus has been spreading across the American continent. The heaviest outbreak is in Brazil. It is transmitted to humans by mosquitoes of the Aedes genus. Infection initially manifests in the form of fever, headache, rashes and conjunctivitis, and passes unnoticed in around 80% of cases [4].

According to the health authorities in South America, cases of microcephaly in neonates have increased more than 20-fold since October. Furthermore, during a Zika virus epidemic in French Polynesia in 2013/2014, an increase in Guillain-Barré syndrome (GBS), a rare neurological disorder, was observed. Brazil and El Salvador are also reporting unusual numbers of GBS cases during the current outbreak in Latin America. A causal connection between Zika virus infection and fetal abnormalities / cases of GBS is now the subject of intense research. Concern among public health bodies is high since there are currently no effective interventions to control the mosquitoes that are the primary source for infection.

On 1 Feb 2016, the WHO announced that a recent cluster of microcephaly cases and other neurological disorders reported in the Americas region constituted a Public Health Emergency of International concern [5]. This comes after the International Health Regulation Emergency Committee agreed that a causal link between this cluster and Zika virus disease is strongly suspected.

Detection of the Zika virus by RT-PCR is only effective during the viraemic phase within the first week after onset of symptoms, and may already be negative by the time a patient consults a doctor. Serological methods are effective from soon after clinical onset to beyond convalescence. Anti-Zika virus antibodies appear around day 4 to 7 after symptom onset.

Acute infections are generally characterised by the occurrence of IgM antibodies, with IgG appearing at the same time or shortly afterwards. IgM remain detectable for several weeks, while IgG are assumed to persist life-long. The detection of specific IgM antibodies or a significant rise in the specific IgG titer in a pair of samples taken at least 7 to 10 days apart is evidence of an acute infection. In a secondary flavivirus infection (e.g. previous vaccination or infection), IgM may be delayed, of reduced intensity or not detectable at all.

Anti-Zika Virus ELISA (IgM or IgG) provide fully automated antibody detection using microplates coated with a recombinant protein from Zika virus. This highly specific antigen avoids cross-reactivity with other flaviviruses. Preliminary data from panels of serologically well characterised sera indicate that there is no cross-reactivity with flaviruses like dengue, West Nile and Japanese encephalitis viruses. Larger studies are underway to confirm this.

[5] WHO, Statement on the first meeting of the International Health Regulations Emergency Committee on Zika virus and observed increase in neurological disorders and neonatal malformations, 1 February 2016. Last accessed April 2016