The project “automated immunofluorescence microscopy” was initiated in 2005 by EUROIMMUN founder Prof Winfried Stöcker, firstly especially for immunofluorescence tests based on HEp-2 cells for the detection of antinuclear antibodies (ANA). At that time, there was an international consent that ANA immunofluorescence diagnostics had to be modernised and made more efficient and especially more standardised. Christopher Krause, who is still in charge of the further development of the system, and our former colleague Hendrik Fauer developed a new software and graphical interface for an automated fluorescence microscope which would later be baptised EUROPattern. Due to its intelligent software, the microscope can not only take the images independently, but also evaluates the recorded fluorescence patterns and generates result suggestions.

For this, the software processes the automatically recorded fluorescence images and in the first step identifies the cells which are visible on the image. Based on the fluorescence intensity of the cells, these are then classified as positive (fluorescence intensity higher than the threshold value) or negative (fluorescence intensity lower than the threshold value). The software extracts more than 200 defined characteristics from the positive fluorescence signals, compares them with the corresponding characteristics of reference images from an extensive database and determines the fluorescence patterns – with ANA, there are even 8 different ones. The pattern classifications are bundled in one report per patient sample and are provided to the user or laboratory physician, complemented by an estimated antibody titer, for check and release in the user interface of the software (Please find further details here: https://pubmed.ncbi.nlm.nih.gov/25801895/).

Konstantin Ens has accompanied the EUROPattern (also affectionately called EPa) for eleven years. This month, the 500th EPa passed the quality control – a little jubilee for both EUROIMMUN and Konstantin − and a good occasion for him to look back at the history of the system. “When I first started working at EUROIMMUN in 2009, I was working as a developer, among other things on the autofocus of the EPa. The autofocus is a critical component, since sharply focussed images are fundamental for clear classification of the fluorescence signals. The EUROPattern autofocus consists of two steps: first a rough focussing in transmitted light so that the fluorescence signal is not bleached, and then a fine focussing in the fluorescence channel. In this way, excellent image sharpness is achieved.

A further challenge was to approach the calculated focussing level with the object table with an accuracy of micrometers. This task was taken on by the Business units Physical Technique and Engineering within the framework of the development work, was dealt with directly at the microscope and was overcome successfully. The complete system, except for some components such as the optical lenses, was developed in-house and that is clearly something to be proud of. “The accuracy and reproducibility are so good that even the ribosomes on the endoplasmic reticulum of the cells on the slide can be counted” joked Steffen Kloth from the Physical Technique department at some point.

Already in 2010, we installed the beta version of the EPa for a first practical test in a laboratory in Liechtenstein, followed by another installation in an Italian laboratory.

In 2011, our EUROPattern was launched and was since installed in many laboratories worldwide, contributing to making immunofluorescence diagnostics more efficient and reliable. I have been a product manager for the instrument since 2014 and experienced firsthand when it was introduced in the world’s largest laboratories (read more here). And now, we are celebrating the 500th installed and sold EPa. 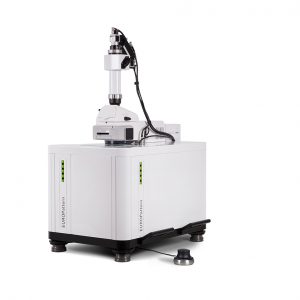 After almost ten years in the market and 500 instruments built, not only the number of functions and applications of the microscope has grown, but also the repertoire of entertaining stories around the EUROPattern.

Here are just some examples: