The nervous system under attack – the atypical side of rheumatic diseases 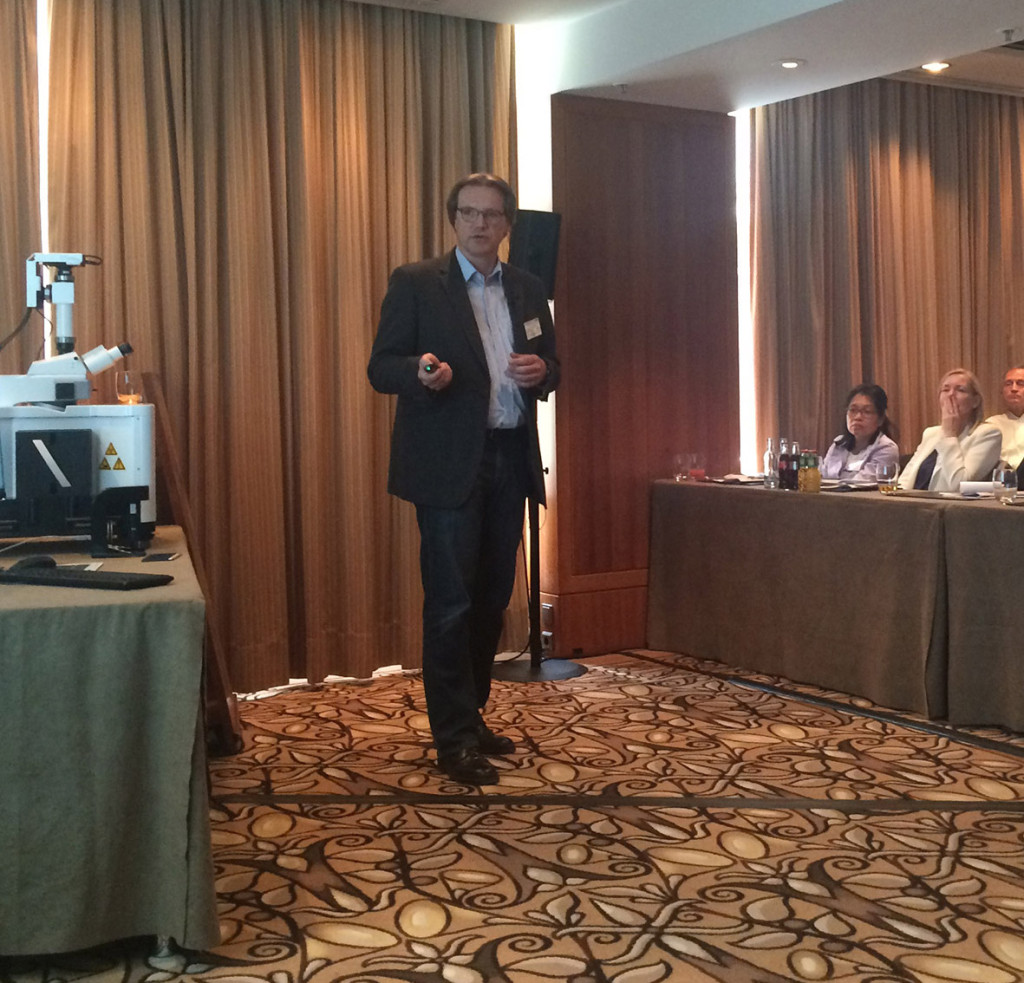 This spring, a workshop on antibody diagnostics organised by EUROIMMUN took place in Hamburg. These workshops are both informational events and advanced training courses for medical scientists and health personnel, and are held on a regular basis. In Hamburg, rheumatologist Dr. med. Sven Dubbert from the rheumatology practice in Twistringen, Germany, was among the guest speakers. Dr. Dubbert’s lecture on autoantibody screening in neurology and psychiatry provided a fascinating insight into the complexity of rheumatic diseases.

Rheumatic diseases such as the connective tissue disease SLE (systemic lupus erythematosus) are autoimmune diseases caused by a malfunction of the immune system. The presence of antibodies against body structures is a very characteristic indicator of autoimmune diseases. The detection of these so-called autoantibodies is one of the keystones for securing a diagnosis.  In most cases of SLE, antibodies against cell nuclei (ANA), in particular against deoxyribonucleic acid (anti-DNA antibodies), can be found in the patients’ blood samples. Typical symptoms of the connective tissue disease, which is more frequent among women, include a butterfly-shaped skin rash (erythema) on the nose bridge and cheeks, and muscle and joint pains. Organ systems such as heart, lung or kidneys can also be affected.

There have also been rare cases of severe neurological symptoms. This was reported by Dr. Dubbert at the Congress of the German Society for Rheumatology (2014) by the example of a 31-year-old female patient. More than three years after being diagnosed with SLE, the young woman had suddenly developed a complete paralysis in both legs (paraplegia), which was finally be attributed to transversal myelitis – an acute inflammation of the spinal marrow. The patient then received immunosuppressive treatment and her blood plasma was exchanged completely (plasmapheresis). Within only fifteen days after the beginning of therapy, the neurological symptoms had almost entirely disappeared. Today, the patient can lead a normal life without limitations.

However, treatment is generally more difficult, if an autoimmune disease such as SLE or other rheumatic diseases only causes neurological or psychiatric symptoms. These patients often also receive neurological/psychiatric treatment at the beginning, although immunosuppression would be the adequate therapeutic measure. This raises the question of how many patients are transferred to a psychiatric unit with psychosis or depression who are actually suffering from an undiagnosed autoimmune disease. According to figures from 2013 and 2014 presented by Dr. Dubbert, 1 to 2% of patients admitted to a psychiatric hospital actually suffered from a rheumatic autoimmune disease that involved the nervous system. Similar cases have also been increasingly reported for anti-NMDA receptor encephalitis. This particular disease also shows psychiatric symptoms that may lead to false diagnosis or therapy. Due to these facts, Dr. Dubbert is convinced that autoantibody screenings in psychiatry can help to prevent wrong diagnosis, thus ensuring that patients receive adequate and early therapy.

To the bones – diseases of the bone metabolism