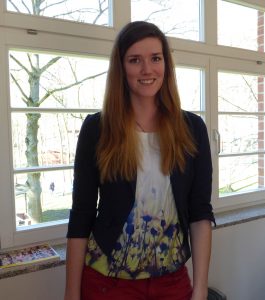 Jula (25) did her vocational training as biology lab assistant at EUROIMMUN and has been working at the company since.

Only three years ago, she was diagnosed with coeliac disease, a chronic disease of the small intestine which is caused by gluten intolerance. Up to that point, she had to live with stomach aches and cramps after every meal.

When I was ten, my GP diagnosed me with wheat intolerance. I tried to switch my diet to other grains, such as rye and spelt, but it didn’t help. So I continued eating as before and just tried to live with the stomach cramps. It was only when I was 22 and working with EUROIMMUN that I first heard of gluten intolerance and coeliac disease.

What did you do when you were diagnosed with the disease? 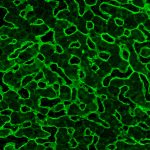 Since there can be various consequential complaints if you continue consuming gluten despite the disease, I had my blood analysed by IFT at the Clinical Immunological Reference Laboratory. I really had a very high titer for autoantibodies against endomysium. I had a look myself at the result in the microscope and the fluorescence was actually extremely strong.

Apart from the autoimmune cause, coeliac disease has also a genetic component (HLA-DQ2/DQ8). Are there other people in your family who suffer from coeliac disease?

Apparently, my cousin has it, and I think also my grandfather did, even though he was never really diagnosed with coeliac disease. He died from pancreatic cancer.

How did you have to adapt your lifestyle after the diagnosis?

Of course I had to change my diet completely. I can no longer eat foods containing gluten. These include all the typical grains, such as wheat, rye, spelt, barley and oats. But corn, rice, soy and potatoes are ok.

Grocery shopping takes much longer now since I have to read through the ingredients thoroughly. I like to try new products, and sometimes they change the composition of ingredients, so I always need to be careful what I buy.

Also my family and friends need to adapt to it. For example when we cook, we cannot use the same utensils for the normal food and for my gluten-free good.

Does the disease keep you from spending your free time as you like?

It doesn’t directly, but of course you are not as spontaneous any more. It is difficult to go out for meals, especially in Germany. Here, restaurants are not very well prepared for guests with coeliac disease. In other countries this is different. In New Zealand and Australia it wasn’t a problem whatsoever, they even have gluten-free pizza on the menu! It also worked perfectly fine in Spain.

What food do you miss most?

Well I particularly miss the unhealthy things: pizza, beer and sweets, chocolate wafers or the like. And rolls! I think I only stepped once into a bakery in the last three years- it is just so tough! Everything smells so nice and you’re not allowed to eat it!

What happens if you consume gluten?

Before, I had severe stomach cramps after every meal. I was very slim and pale, and often tired. This has really improved over the last three years. I have gained some weight and feel fitter. I don’t know what would happen if I tried to have gluten now, and I’d rather not find out! Usually, symptoms grow more severe the longer you go without gluten since you become more and more intolerant to it.

You are certainly in demand as a blood donor at EUROIMMUN. Here we always need blood donors to obtain samples for the development and validation of new tests. Have you ever donated blood for this cause?

I am not donating any longer because I don’t consume gluten anymore and therefore the antibodies have disappeared. At the beginning, however, I donated many samples. My samples were used for our demo-slides. These are slides which are used in the immunofluorescence test and shown to the customers for demo purposes when they practice interpreting fluorescence patterns at the microscope. One of the slides was incubated with my serum.

Thank you so much for the interview, Jula!